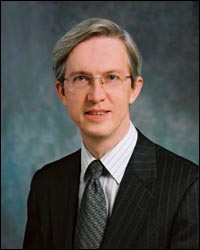 Dan O'Dowd, founded Green Hills Software in 1982 and has been its President and Chief Executive Officer since its inception. [But he fails to mention the VC, Glenn Hightower, who took a risk on funding Dan's dream.  Glenn was an active partner while running three other companies, all of which Glenn founded.]


Before founding Green Hills Software, Mr. O'Dowd was manager of compiler and operating system development at National Semiconductor. He joined National Semiconductor in 1978 to design the architecture for the NS32000 32-bit microprocessor. From 1976 to 1978, he worked at APh Technological Consulting developing some of the first embedded development tools for microprocessors. They were used for developing the first hand held electronic games for Mattel and Mattel's line of home video games. Mr. O'Dowd received a Bachelor of Science in Engineering from the California Institute of Technology in 1976.

NOTE:  Dan and Craig had lunch together several times a week as they were planning out the "Throw Mamma from the Train," Strategy.  This way, Dan could have the Craig do the organizing and offer the 'incentives.'  The incentives offered the Senior Employees, were what probably made the deal too sweet to resist.

Amy O'Dowd Chang - Dan's wife, who owns the entire holding, beginning with GHS, 50/50 with Dan.  And Amy is always in on all decisions made.

How did they accomplish this vast fraud?

Here are the papers from the lawsuit Hightower filed.


7. Annexed hereto and marked as Exhibit 7, Nos a, b., c, d, and e, are true and exact copies of the originals in my possession of the following court documents:

[a.] Glenn Hightowervs. Daniel O'Dowd, Case No. BS 053127, Superior Court of the State of California for the County of Los Angeles, September 17, 1998, DECLARATION OF WAYNE B. WEISMAN FILED BY APPLICANT GLENN HIGHTOWER IN SUPPORT OF APPLICATION FOR PRELIMINARY INJUNCTION”

[d.] “Glenn Hightowervs. Daniel O'Dowd, Case No. BS 053127, In the Court of Appeal of the State of California, Second Appellate District, REMITITUR,” Copy of original order, opinion or decision entered in the above-entitled cause of July 1, 1999 and that this order, opinion or decision has now become final, signed by Joseph A. Lane, Clerk, September 3, 1999. Opinion Hightower is likely to prevail if there is proof of unlawful action by O'Dowd.


[e.]AMERICAN ARBITRATION ASSOCIATION No. 72Y 180 0960 98,” a true and exact copy of the originals that are in my possession, which is a series of documents generated by the law suit filed by Hightower against Dan O'Dowd over O'Dowd's exercise of their sudden death partnership agreement on January, 1998. Decision that unlawful action is not proved.

In September, 1999, Morgan, she of the WeaselSearch Tape, used the same phone recorder to tape Craig, who admitted the conspiracy, though, naturally, that is not how he parsed it.

Melinda filed a lawsuit against GHS only to have the court refuse to hear it.  Courts can be bought, and the ones in Santa Barbara are well known for keeping their eye on the profit.

It did not stop here.  The manipulations, fraud, and attempts on Melinda's life, and the life of her son, Arthur, continued to the present.

The two of them, Dan and Amy, working through Craig Franklin, stole the corporation.  Pay-offs can be expected if they are able to continue evading justice, as they did in 1998 - 1999

Articles -  How Presidents Clinton and Bush colluded to bring on the War in Iraq
Why Drones, foreign and domestic, became necessary to establishment politicians and corporations.
1994 -  Dan O'Dowd filed to run against Diane Feinstein in the Democratic Primary for U. S. Senate. He spent a little over $80,000 on his own campaign, though Craig Franklin insisted he had spent $250,000.  O'Dowd did no fundraising, never hired a campaign manager but produced campaign literature, reflecting his solutions to the problems America faced.  You will not know whether to laugh or shiver.  This guy could be an understudy for Dick Cheney.  But, of course, he may be one.

Diane McKay the ubiquitous front desk person with an interesting history herself, said she was cast as a voter in an advertisement for O'Dowd's campaign.

2003, toward the first half of the year, John Fund put up a deposition on his new website, Johnfund.com, started for him by Gail Heriot, an intimate friend.  This occurred at about the same time Craig mailed off Morgan's deposition, uncertified, and not legally available, to John Fund.

April 3, 2003:
While watching a network broadcast showing the children of U.S. servicemembers who had been lost in the war in Iraq, Dan O'Dowd, CEO of Green Hills Software, Inc., realized that these children were shouldering the largest burden of the U.S. war effort. That is when the need for private action to provide for these children became clear to him.

April 10, 2003:
The foundation and its objectives are announced.

So, why does the Mission Statement say: " During the year, the foundation made 14 grants, totaling $115,000. These grants were for the benefit of 23 children of soldiers killed in Operation Iraqi Freedom?"

Power of Attorney signed by Melinda Pillsbury-Foster, found to be a fraud on its face and unenforceable.