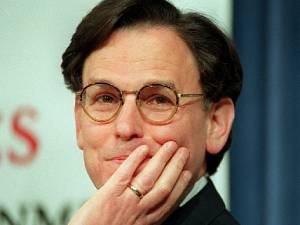 Sid and Gene score one on John Fund by getting the domestic violence document from New Jersey to Lloyd Grove at the Washington Post.  The first incident of domestic violence in Manhattan took place after Morgan left John and began living in the apartment Melinda rented for her in Manhattan.  Unfortunately, John Fund her, moved in, and forced her to travel to his apartment in Jersey City to keep it clean and the frig full of burritos. 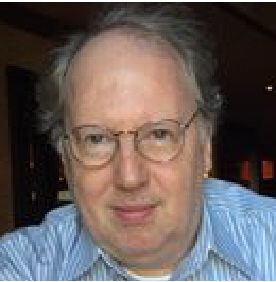 This is the normal part of this chapter of the story.  The rest gets strange, but will now be told at How The NeoCons Stole Freedom.

Posted by Melinda Pillsbury-Foster at 5:39 AM No comments:

Email Exchange between Sidney Blumenthal and his son, Max.

here's another idea. if only someone could pick up on
these as fast as i can come up with them and research
them. did you see the full page ad in the times
yesterday in support of people's mojahedin of iraq by
a bi-partisan commission of congressmen? PMOI is a
terrorist group based in eastern iraq financed by
hussein and condemned by amnesty international for
bombings in tehran that killed civilians and storming
the u.n. in 1992 with knives. among the supporters of
the group is ilean ros-lehtinen, who with jeb bush's
assistance, arranged for orlando bosch's pardon. and
tom tancredo's there too. seth waxman, who i think was
clinton's solicitor general, denied PMOI's petition to
be removed from a gov. list of terror groups.

I don't know if Grandpa has gone to the rehab institute. He was supposed to. I'll let you know.
GOod idea on the war and good analogy to West Bank. I would write to elempinen@salon.com and see if that works. You can write Joan Walsh, too, at jwalsh@salon.com. Tell her you want to get in touch with Ed and why.
Love
Yr Father
Subj: Fwd: Boom and Bust
Date: 1/13/2003 5:05:47 PM Eastern Standard Time
From: Sbwhoeop
To: Jackieblumenthal

bush is selling the cut on the idea of assymetrical
warfare, which doesn't require massive troop buildups
or manuevers. everything i've read by columnists
opposed to bush is either exploiting nostalgia about
past american wars as a national sacrifice or they're
trying to direct everyone's attention to north korea.
i think the best issue to hit on is that a u.s.
occupation of an arab country, like the one that's
inevitable in iraq, will be a collosal disaster and
that point needs to be exploited more, with parallels
drawn to israel's naivete after the 67 war going into
the west bank.
i'm trying to find ed lempinen's number to propose the
maria suarez story today since i'm not feeling sure
about rolling stone and i think i can pump out a story
by friday.
marcia called me and told me to call grandpa direct
but he's not in the room anymore. is he in rehab now?

haven't heard anything from anyone on my proposals
yet. i guess i'll have to wait until tuesday. i'm
going to try to find connie rice's contact because i'm
sure the la weekly will run that if salon won't.

______
i did that late friday. i've been looking for connie
rice but to no avail. i'll have to wait until tuesday
to find a contact number. i saw the movie the quiet
american with michael caine. you'd like it although
it's showing has been suppressed in the u.s. so it
might not be out in d.c. have fun sleeping with the
fishes in antigua.

--- Sbwhoeop@aol.com wrote:
> Send emails out for everyone has them on Monday
> saying you're eager to hear from them on your
> proposals. Those emails will be waiting for them
> first thing Monday morning. They WILL get back to
> you. The Connie Rice idea is a good one, especially
> now.
> Yr mother and I are in Antigua, It's very restful,
> and we're going to the beach soon. Keep up with me
> by email.
>
> Love
> Yr Father